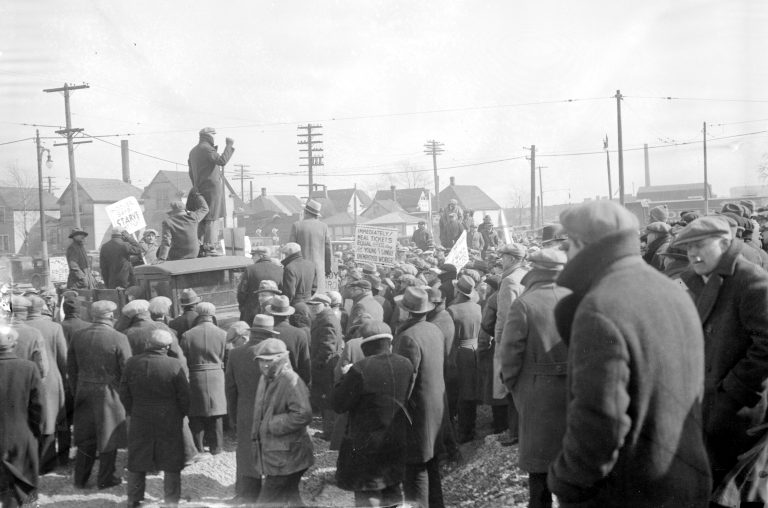 On a cold winter day in 1932, in the depths of the Great Depression, some 3,000 or more people met at a park on Detroit’s southwest side. They hoped to march to Ford Motor Company’s Rouge Plant to present a list of demands to Henry Ford. By modern day standards, those demands weren’t all that extravagant. A few demands they asked for: the right to organize, an eight hour day, and a couple of 15 minute breaks on the assembly line. Dearborn police and Ford security met the group at the Dearborn/Detroit border. A riot broke out, with the Dearborn Fire Department opening its hoses on the marchers. Harry Bennett, Ford’s security chief, drove into the crowd and began firing. Four people died in the melee, another shortly thereafter. The Detroit History Podcast microphones were at the 90th anniversary commemoration this past spring. We explain what happened. And George Baier, formerly of the J.J. and the Morning Crew, reads from Harry Bennett’s autobiography.