Season 4 – Episode 4: Black Bottom: The Rise, the Fall, and the Rise of a Detroit Neighborhood

Season 4 – Episode 4: Black Bottom: The Rise, the Fall, and the Rise of a Detroit Neighborhood 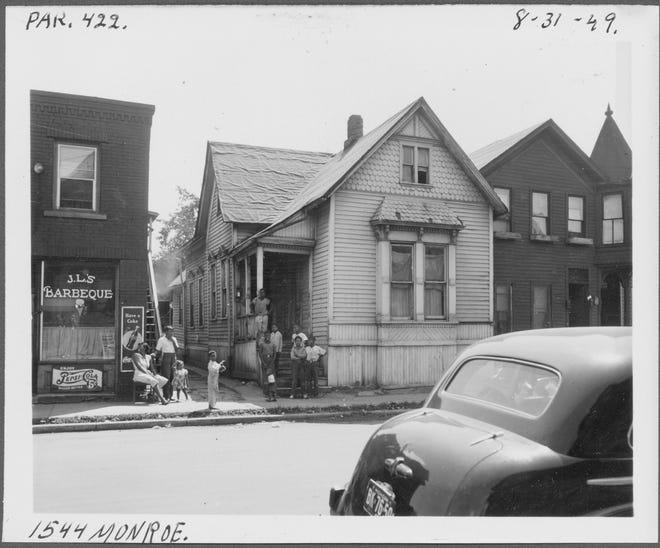 For decades, segregation forced African-Americans migrating from the South to Detroit into one neighborhood: “Black “Bottom,” an area just east of downtown, which is now Lafayette Park. Urban renewal plowed the neighborhood under in the 1950s, destroying what had been a thriving place that gave the world Joe Louis and Coleman Young. But the memory of the place never died. A historical marker marking the location, dedicated late this summer, now stands in one of the small parks. The Detroit History Podcast crew attended both dedication ceremonies. And we hear from people who lived there, with audio from a short documentary by filmmaker J. Michael Collins.