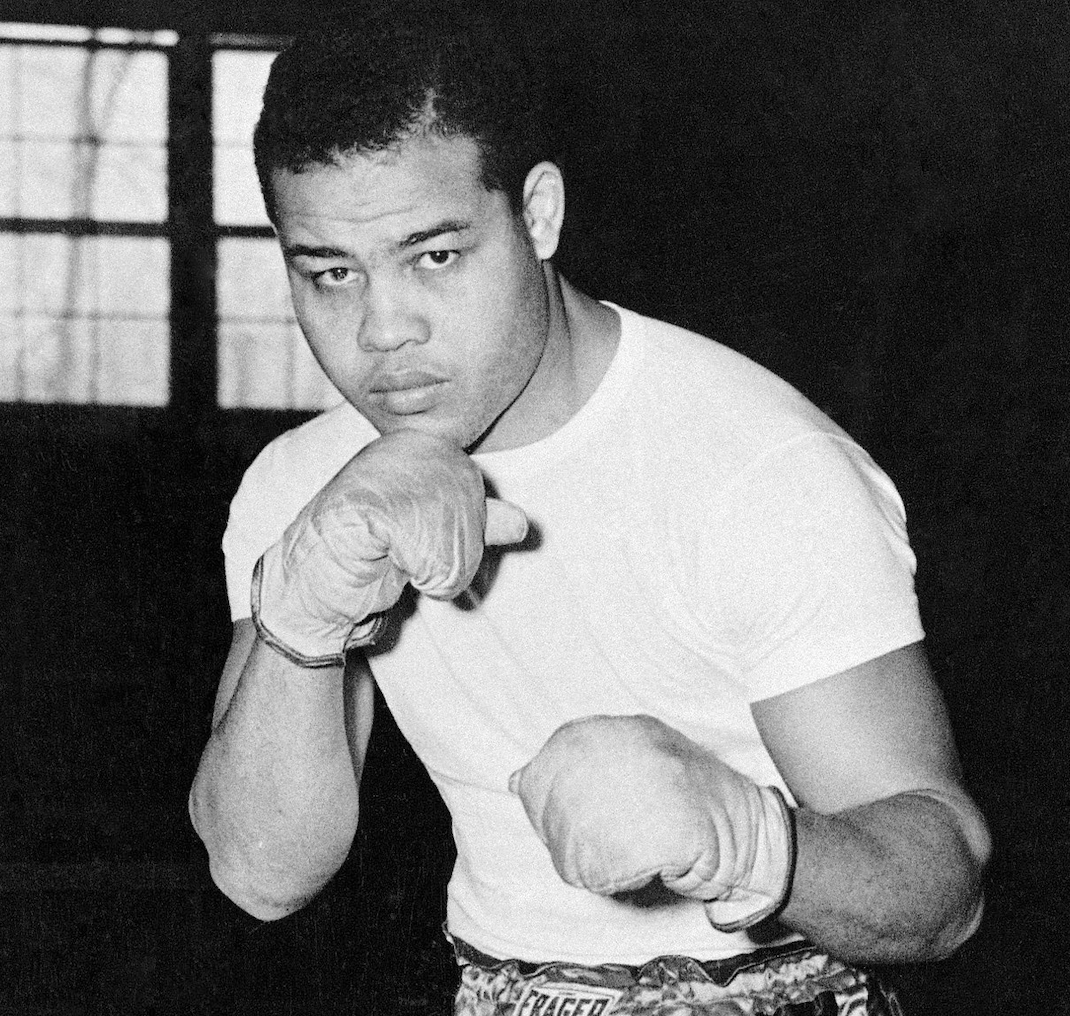 Joe Louis may have been the most famous person to come out of Detroit. He arrived here in the mid-1920s as part of the Great Migration, that influx of African-Americans who came north to escape the Jim Crow South. When he took up boxing as a teenager, there was no stopping him. He became heavyweight boxing champion of the world for 12 years, from 1937 until 1949. His bout against Max Schmeling, not long before World War II, had Louis carrying the entire weight of the free world on his shoulders. We tell his story with Dr. Stuart Kirschenbaum, a former boxing commissioner and friend of the Louis family; Joe Louis Jr., the boxer’s son; and Marcy Sacks, an Albion College professor who explores the topic of race as it relates to Louis’s career.

In this image provided by the U.S. Army, world heavyweight boxing champion, S/Sgt. Joe Louis, who plans to retire after one post-war bout with Billy Conn posed for this photo January 23, 1945, just before giving a bag-punching exhibition for soldiers, who were eager to see the “Brown Bomber” in action. Some soldiers had the opportunity to attend one of Louis’ classes at the camp on physical conditioning. (U.S. Army via AP)