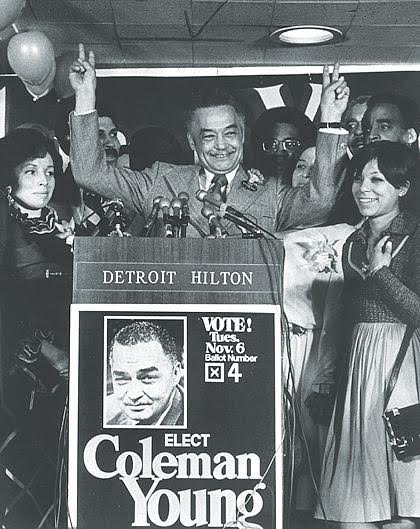 If anybody was taking bets in the early 1960s, Coleman A. Young would have been a true longshot for getting himself elected to just about anything. He held any number of jobs from the late 1940s to the early 1960s, and ran unsuccessfully for public office on three occasions. But his fortunes changed. His dogged determination, refusal to bow to a House Un-American Activities Committee witch hunt, and a remarkable primary victory in 1973 made Detroit mayoral history. We explore his ride to the mayor’s office, with former Channel 2 reporter Al Allen, Detroit mayoral candidate John Mogk, and others.