Season Five of the Detroit History Podcast will explore the life and career of boxing icon, Joe Louis. We’ll jump into the true crime genre, digging into the story of a brutal triple-beheading on Detroit’s east side, in which three people were found in a van, their heads and hands hacked off. We’ll go further back in time, telling the story of a Native American Burial Mound on Detroit’s Southwest side. And we’ll delve into the history of Detroit Style Pizza.

You can find us on Apple Podcasts, Spotify, Stitcher, and our embedded audio player on this website. Tim Kiska hosts the program, with new episodes being released each Sunday evening. Thanks for tuning in. 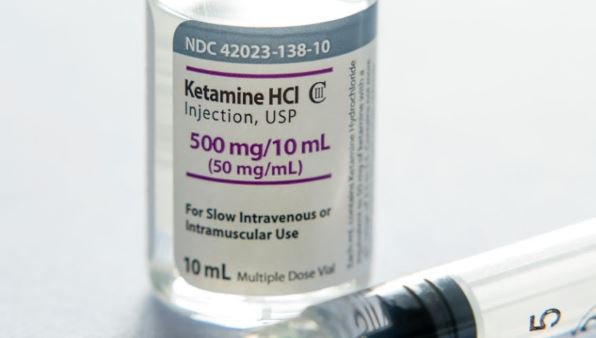 Season 5 Finale- The Development of PCP and Ketamine

December 12, 2022
Season 5
Episode 10
dethistadmin Comments Off on Season 5 Finale- The Development of PCP and Ketamine

Ketamine has found wide uses since the 1960s: as a painkiller, an anesthetic, a street drug consumed at raves, and — now — considered by many to be an exciting new treatment for depression. We explore how ketamine was developed here in Detroit, at...

END_OF_DOCUMENT_TOKEN_TO_BE_REPLACED 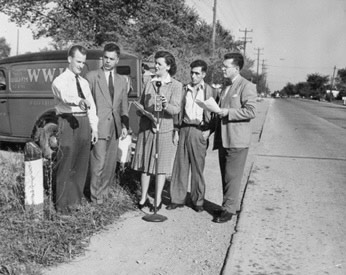 Newscaster Fran Harris’s life was a lifetime of firsts. She was the first woman newscaster in Detroit radio during World War II, persuading her bosses at WWJ to abandon its “guys only” tradition. And when television came along in Detroit on Channel 4 in...

END_OF_DOCUMENT_TOKEN_TO_BE_REPLACED Season 5 – Episode 8: A Century of Mexicantown

November 28, 2022
Season 3
Episode 8
dethistadmin Comments Off on Season 5 – Episode 8: A Century of Mexicantown

A longstanding community called Mexicantown on Detroit’s southwest side has persevered for around a century. The area of restaurants, shops, and bakeries anchors a key ethnic community in Detroit. For many, the journey here was prompted by a search for jobs. We explore the...

END_OF_DOCUMENT_TOKEN_TO_BE_REPLACED 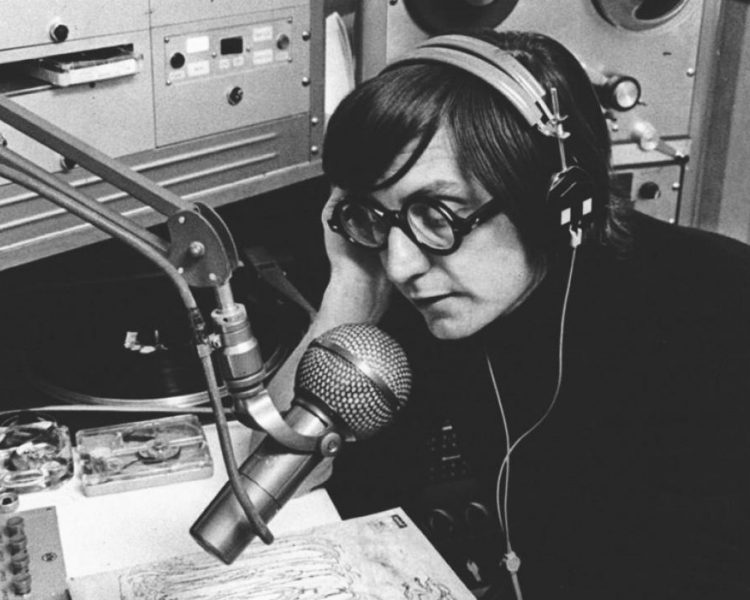 November 14, 2022
Season 5
Episode 7
dethistadmin Comments Off on Season 5 – Episode 7: The Biography of a Rumor: The “Paul McCartney Is Dead” Hoax

Thousands of phonograph records were destroyed, as were thousands of needles used on the old-style record players. Teenage sleuths were conducting their own investigations in the great conspiracy theory of the fall of 1969: Beatle Paul McCartney had died, but that his death was...

END_OF_DOCUMENT_TOKEN_TO_BE_REPLACED 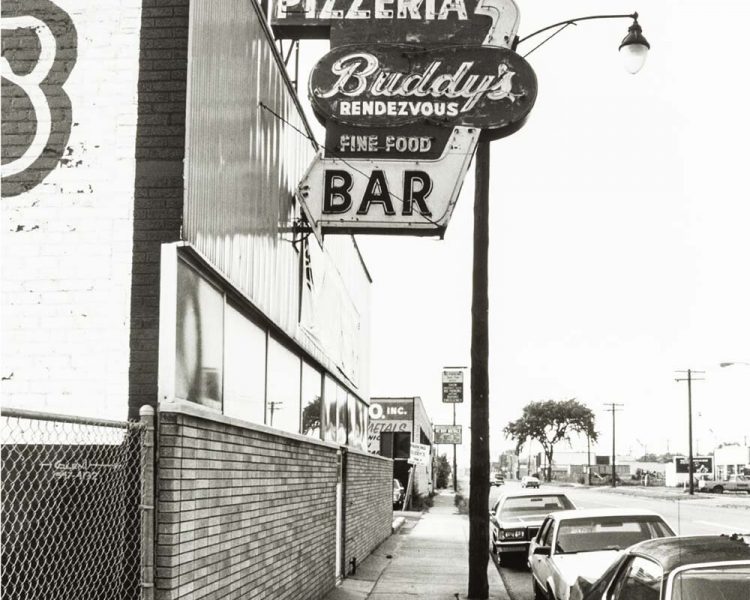 Sometime in the mid-1940s, an Italian immigrant bar owner by the name of Gus Guerra started making pizzas in his joint to bring in a few extra dollars. Decades later, Gus’s creation is big business, and world-renowned. Detroit Style Pizza is being served up...

END_OF_DOCUMENT_TOKEN_TO_BE_REPLACED 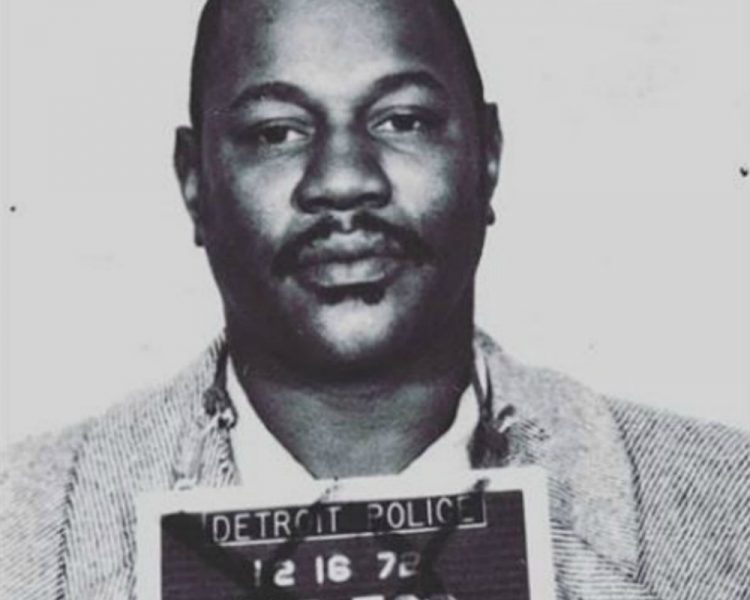 It was horrific, even by the low standards of the urban drug trade. Three dead bodies found in a van on Detroit’s east side one night in 1979. All three had been decapitated. We explore the street politics that led to the massacre. And...

END_OF_DOCUMENT_TOKEN_TO_BE_REPLACED

Stay updated with the show and connect with other listeners by following our social media feeds. 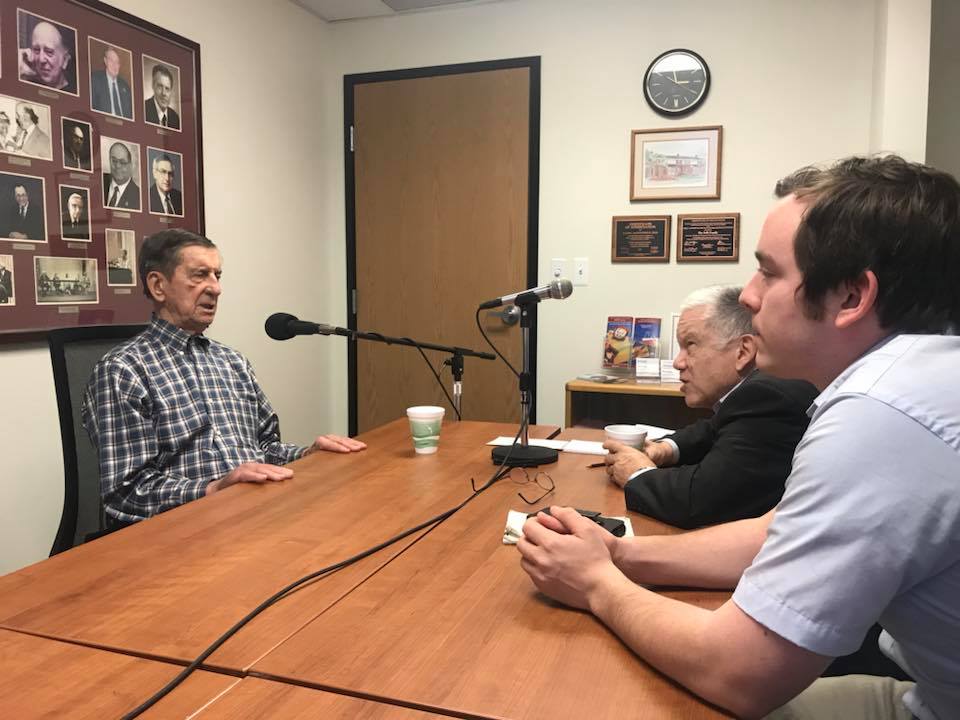 The hardworking Detroit History Podcast is a collaborative effort. 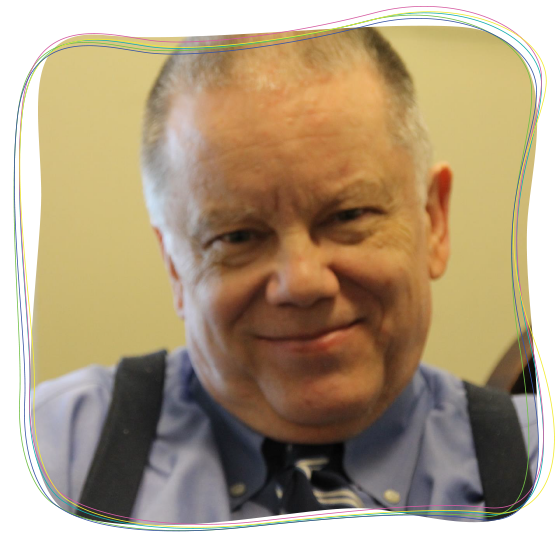 Tim Kiska is a professor at the University of Michigan–Dearborn. He worked in journalism at the Detroit Free Press (1970-1987), Detroit News (1987-2002) and WWJ-AM, the CBS-owned all-news radio station. He earned his PhD in history at Wayne State University in 2003, two years after joining the UM-D faculty. 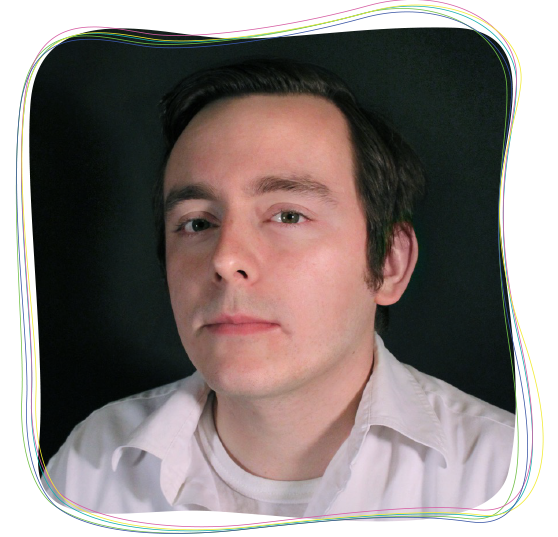 Born in Detroit, MI, Eric Kiska is a musician, writer, and lover of the outdoors. Eric graduated with a Bachelors of Science in English Writing and a minor in Art & Design from Northern Michigan University in 2014. Shortly after he had a part-time column for the Motor City Muckraker focusing on music around Detroit. He has also done freelance video editing for Detroit Public TV’s mivote.org, and helped raised $21,000 for the “BC Surgery Stories” kickstarter campaign by editing the kickstarter video and assisting in social media promotions. Eric is now a mail carrier in Sterling Heights, MI while continuing to pursue a career in writing. 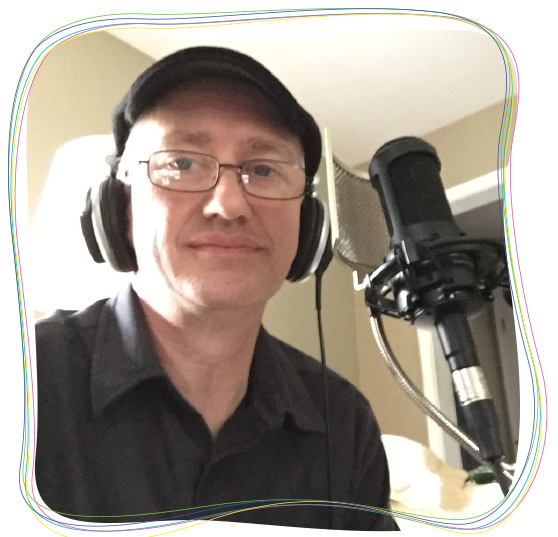 Bob Koski is a lifelong Detroiter who became warped at the age of eight after seeing the Beatles on Ed Sullivan in February, 1964. Through a sequence of classical piano lessons, electrical engineering, club deejaying, and eventually being a producer/song parody writer for “J.J. & The Morning Crew” on Detroit radio, he has now morphed into an audio engineer–digitally preserving archival recordings. His love of Beatles music still dominates his life, and he actually got to play one of the Abbey Road studio pianos used in many Beatles recordings. 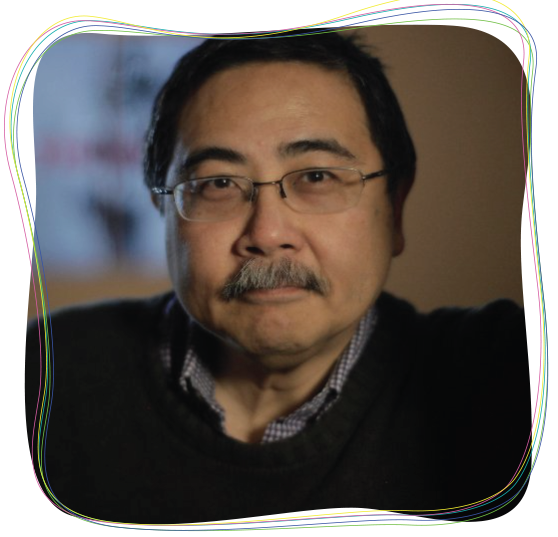 Bill has produced, written, directed and lensed local, regional and national documentaries for broadcast since the 1980s. His national projects include co-producing the Dupont Columbia Journalism award-winning Beyond The Light Switch series for Detroit Public Television. He recently directed the PBS documentary The Ethanol Effect for Detroit Public Television. With his production company, KDN Films, he directed Lustron – The House America’s Been Waiting For working with Ohio State University Public Television and the primetime national network broadcast of Most Honorable Son presented by PBS and NET Nebraska. His work has also appeared on PBS NewsHour, ABC News, CBS News and ESPN. He’s worked as a producer, photographer, on-air reporter and news assignment manager for television stations in Lansing, Flint and Detroit. He’s currently working on short films that look at the major issues facing Detroit for DPTV, One Detroit and DPTV’s Great Lakes Now. 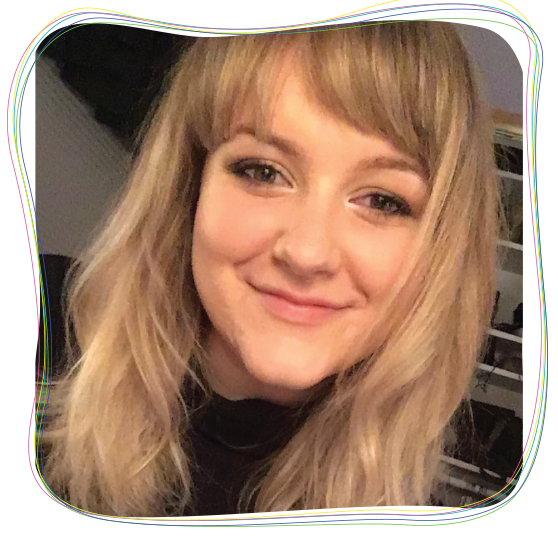 Kelley Kiska is an art, design, pop culture, and information nerd from Grand Blanc, MI. She has been designing and creating visual solutions since 2014, and graduated with a Bachelors of Fine Arts in Graphic Communication from Northern Michigan University in 2016. She has created logos and identities for various industries including real estate and online gaming. Most of her days are spent in the digital sphere, but she is also passionate about working with her hands; diving into calligraphy and illustration. She is currently working as a graphic designer and web developer at a paid media shop outside of Ann Arbor. 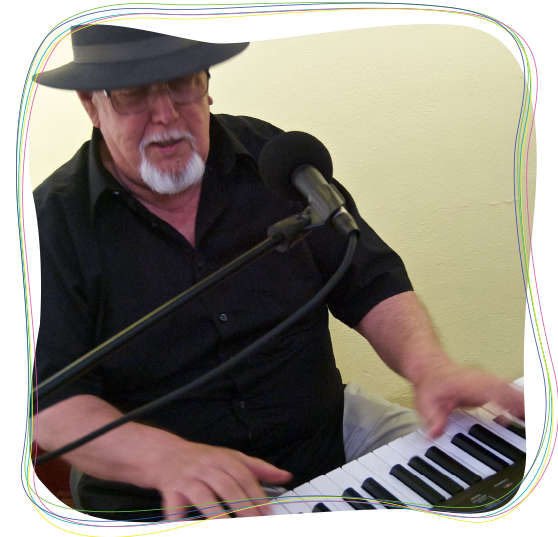 Ferguson joined the Detroit Free Press news desk at the end of 1967-‘68’s ninety-day newspaper strike, and spent two decades in various editorial jobs. He also worked at the Cleveland Plain Dealer, edited America’s Largest Country Weekly, published a music magazine, edited a health-care newspaper, managed a short-run book publisher, and continues to play piano whenever he finds a bar and grill that will have him. 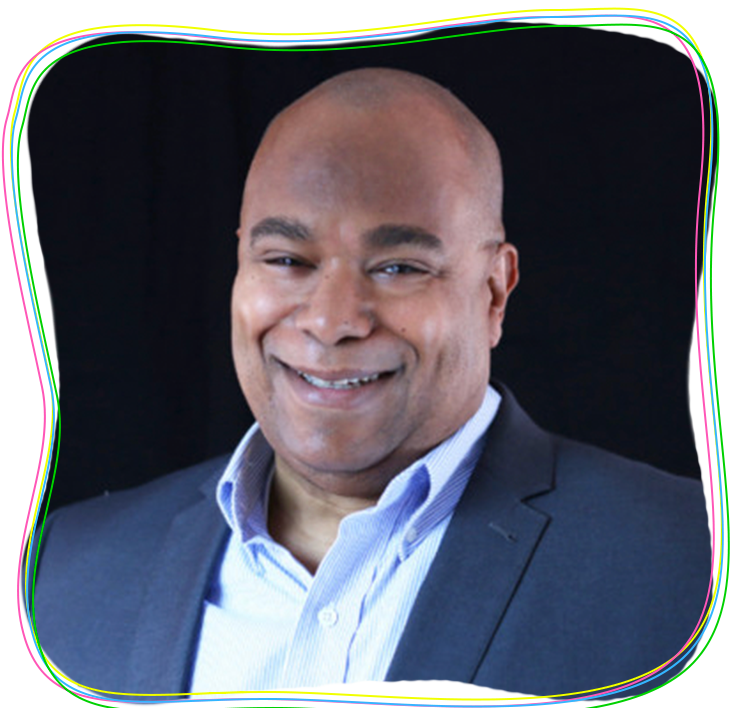 Anthony (Tony) Mottley is a multimedia veteran journalist with an award-winning career utilizing diverse media platforms. In addition to his work in journalism with an emphasis on justice issues, Mottley has worked with large media entities, Fortune 500 companies, and nonprofits to market and promote their programs, projects, and products. As a husband, father of three, and cancer survivor, Anthony knows that every day is precious and chooses his opportunities and engagements accordingly.